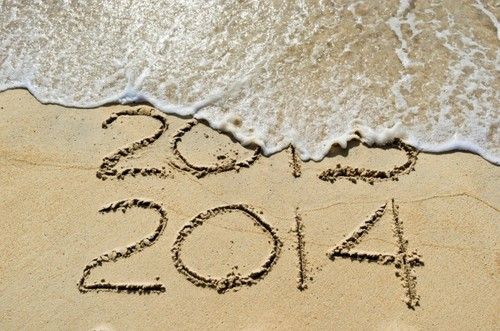 My wife asked me a few days ago if I had any New Year resolutions. My answer, as it has been just about every year of my life, was no.

I do, however, maintain a mental list of things that I always want to do differently or better. Naturally, with the rollover of the calendar, those things fall under the spotlight a bit more, but they really don’t change much from year to year.

1. Don’t die – This sounds silly, I know, but it reminds me that I have people who depend on me being around, and as such it would be imprudent (ahem) for me to take unnecessary risks. And I’m not talking running-in-front-of-live-gunfire risks here. I mean those everyday risks we take that seem innocuous at the time but could unexpectedly end in disaster. Things like speeding through yellow lights at the intersection, crossing against the light or flipping people off in traffic. Yes, it seems they do have a lot to do with driving or being a pedestrian. But there’s some truth to the old, “I could be hit by a bus crossing the street” maxim. It also involves staying in shape by exercising regularly and eating right, as well as being honest with myself, my wife and my doctors about what’s going on with me, in case something that seems like nothing might actually be something.

2. Keep working on being a better husband and dad – Naturally, the three most important people in my life are the ones who take center stage as far as my ongoing efforts at self-improvement. This is easy to say, but it’s harder in practice. Frustration, impatience, crankiness (all on my part, by the way) can easily and subtly get in the way of good relationships with my wife and kids. Things that seem insignificant – like that sigh or eye roll – can also be little relationship hand grenades that turn otherwise innocuous situations into unnecessary drama, so I work hard to remind myself basically not to be an asshole when it comes to my family and to remind them regularly through word and deed how much I love them and how important they are to me.

3. Don’t be an asshole to anyone else, either – Honey draws more flies than vinegar, your mom always said. She was right.

4. But don’t back down when it’s time to stand up – It’s important to know when to stand up for yourself, the people who are important to you and what you believe in. But find a way to do it that doesn’t alienate people. A former newspaper coworker from Canada noted one day that I was great at telling people to go F themselves without them realizing what had just happened. “Is that a Southern thing?” she asked. I thought a moment and said, “Yeah, I guess.” It probably comes from the “bless your heart” construction of lots of Southern disagreement and criticism, as in, “Bless your heart, you’re just about dumber than a bag of hammers, aren’t you, sweetie?” That said, sometimes you have to get a little loud, a little emphatic, or step in as soon as you see something that’s simply wrong.

5. Value friends – If you’re older, you know this, and if you’re younger, you’ll eventually find this out: As we age, we hone our group of friends down more and more, keeping and maintaining the relationships that matter and letting those that matter less fall away. As such, the ones that remain, you need to cultivate. So it’s important to find reasons to get together rather than find excuses not to.

6. More freelance work, better freelance work, higher paying freelance work – Freelance writing isn’t for everyone. Sometimes, when the checks are few and far between and the work isn’t immediately forthcoming, I think it isn’t for me. But any schmoe can get an office job where if they show up and look like they’re contributing, they’re pretty much guaranteed to get paid every two weeks. As a freelancer, I find my work, I set my rate and I’m responsible for the quality of the job. As a result, I frequently have to remind myself to hustle – get out there and get something new, make sure it pays what I’m worth and do so well that the client has no reason not to hire me again. More work that pays better means I have more time for the other things that are important to me, and reminds me of the reason that the freelance life really is for me.

7. More fiction, better fiction, higher paying fiction – It’s easy to let this bit slid in view of everything else, but second to family, it’s probably the most important thing on this list because it keeps my soul energized. I’ve had lots of writing colleagues and friends have great success with selling short stories in 2013, and the emergence of lots of (paying!) online and print markets for the sort of short fiction I write is pretty encouraging. Both circumstances have inspired me to once again wade into the short fiction waters to create great stories that aren’t novels. Along with that is my continued attention to Novel No. 2, which I hope to finish and have ready for publication in 2014.

So that’s it – really not much different from last year, and likely not too different from what I’ll hope for in 2015 – or 2025. I’m curious though, what you might have in mind for 2014. Do you make specific resolutions or maintain an ongoing list of self-improvement goals? Let me know in the comments. Thanks!