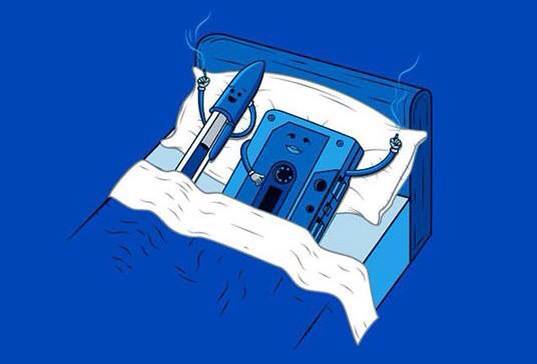 Some of you might actually be old enough to remember making good, old-fashioned mix tapes (if you do you’ll know the significance of the picture above).

Maybe. But since I have no way to track the demographics of this blog other than by geography, for all I know every one of you could be 8-year-olds sneaking a peek behind your third-grade teacher’s back.

But I’ll assume that if some of you might not be able to remember making a mix tape, you’re at least old enough to be familiar with the concept.

Let me be clear – we’re talking about a mix TAPE here. Not a burned CD. Not an iPod or online playlist.

It’s a tape. That you mix. Yourself.

If you’ve never done this, here’s a short tutorial, compliments of one Mr. Cusack.

Yes, there are indeed rules – rules that you can only learn by doing exactly what John is doing in that clip, which is sitting in front of a stereo system with stacks of records and tapes and CDs and hand selecting the songs you are going to painstakingly record onto a compact cassette of magnetic tape over the course of several hours.

It is an act of artistic devotion. An expression of love. A declaration to the universe and every person that ever rummages through your music collection that this – THIS – is what you believe is music that deserves to be listened to over and over again.

Yes, iPod playlists or other digital media accomplish basically the same thing, Actually, this isn’t the first time I’ve written about musical mixology. In working on Immaculate Deception, I went so far as to create a custom-mixed “soundtrack” for the novel – an album-length collection of music that complemented and/or inspired the narrative. Early readers of the novel got custom burned CDs as little hand-crafted thank-you gifts.

But actual mix tapes were beautiful for one very important reason: whether intended  or not, they became artifacts of specific times, places and emotions.

Want to know what songs you compiled to accompany that last minute road trip to the beach the summer before college? There it is, sitting in a long-overlooked box, in its sturdy plastic case, the ball-point lettering on the song list long faded.

Want to know what songs you put together for that desperate first love? Ha! Too bad! Chances are you can’t (unless you married your first love) because you gave it to her as a token of your deep affection and she either threw it away in disgust over your cheating/boring/politically untenable nature or has treasured it always as a symbol of something dear and true she once had.

How about the mix for that Michael Bey-scale epic kegger your junior year? Ha! That’s lost, too, purloined by a friend or random guest who lifted it from the stereo after everyone else had passed out or retired to a corner or their room for less musical (but more rhythmic) activities. But somewhere that person might still have that tape.

And even if it ends up in a landfill, when the aliens come to excavate a dead Earth thousands of years from now, Flmbrg, commander of the interstellar expedition, might dig it up and consider it on par with the cryptic cave paintings of Neanderthals.

And in essence, that’s what a real mix tape is – something that serves as a musical complement to something in life, whether it’s a love affair, break up, an epic party or just … hell, I don’t know, Monday morning.