I did something last week that had been unthinkable for the first 13 years of my working life – ordered my own copy of the Associated Press Stylebook.

Unthinkable because in every newsroom in which I landed from the moment I started in the newspaper business (including my university paper, The Gamecock), I was provided with one as a part of the job.

The one you see here is old – ancient in terms of stylebooks – having the distinction of being the first and (up until last week) only one I had actually paid money for. It was purchased in 1987 at the University of South Carolina Book Store at the beginning of my sophomore year when I decided to make the switch from broadcast journalism to news-editorial.

After I graduated, it sat on a number of bookshelves across the country but rarely got pulled down because in the place I really needed it – the newsroom – there was always a more recent version sitting on my desk.

So now, 26 years later, I figured that it was time to refresh things a bit. The new version arrived last Friday and just paging through it I was stunned by how much has really changed.

In 1987, having a personal computer in one’s dorm room was a luxury (I had an Apple IIC with a thermal printer). There was no Internet as we know it (that would take another decade to emerge) and all the reporting one did was in person or over the phone. Social networking didn’t exist. As such, there was no reason to focus on anything other than what we now regard as “analog” journalism.

The new version of the AP Stylebook is heavy with new (and not so new) digital-age references and style points, including how to 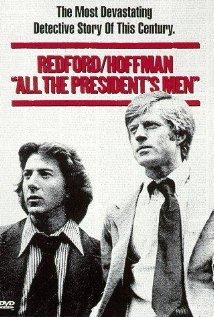 approach sources via e-mail, Twitter and Facebook. I love that today you can just cyber-stalk sources, where back in the day there were lots of editors telling lots of young reporters, “Sit in that bozo’s office until he comes out for lunch and get me that quote.”

It’s a stark reminder that between the time newspaper film classic All the President’s Men came out (1976) and when I graduated from college in 1991, nearly all that had changed in the “modern” newsroom was the arrival of clunky, pain-in-the-ass computers with green-on-black CRT displays that still required 12-character strings of code just to format a headline.

Simply the fact that you can now subscribe to digital versions of the Stylebook is a big indicator of how much has changed. I remember thinking during the internet boom of the late 1990s that an online Stylebook would be incredible. Now you can access it on your smartphone – something that very few of us anticipated.

So, with my new edition in hand I’ll study up and try to catch up on all the “official” bits that I’ve missed by not having been in a newsroom for nearly 10 years. The old one, however, will stay, simply because it now serves as a great little artifact and time capsule of where we once were and how far we’ve come.