I always got the feeling when I was working in the full-time office world that – despite the diverse and disparate personalities that surrounded me in the newspaper business – I was always considered one of the worker bees who was a little … off.

Former co-workers can render their own opinions on this, but a few might agree that there was something a bit different about that Pruden guy (whether it was in a good or bad way is up for discussion). I distinctly recall this conversation between me and the day city editor at one newspaper who was filling in for the normal Sunday city editor.

Her: Scott, you’re not wearing shoes.

Summers for the freelancing parent mean two things – more time enjoying the warm weather and time off from school with the kids, and more late nights working on all the assignments that normal people would be doing during the daylight hours. The result is some groggy mornings, particularly when the work to be completed wasn’t finished until 2 a.m.

Thankfully, there’s coffee (or carrot juice, if you prefer) and plenty to resume working on today. Because when there isn’t more work is the time to become worried. 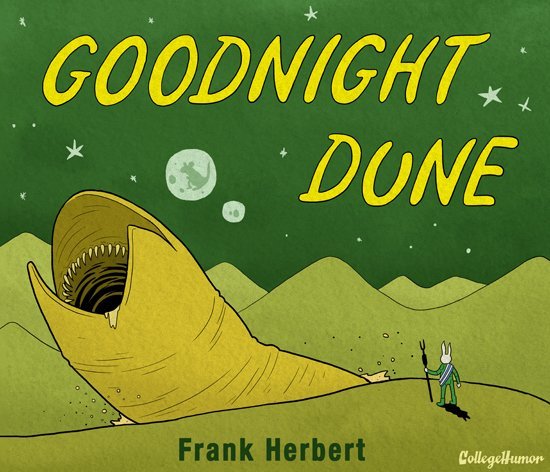 Yep, a lot of us still have to work this week. And some (like me) might have some ugly, snarling, drooling deadlines looming over us before the annual celebration of feasting, football and family dysfunction begins in earnest.

So here’s a little something from the badass anime swing jazz noir sci-fi files to get you going and help you grab the workweek by the throat like you, too, are a butt-kicking interplanetary bounty hunter a la Cowboy Bebop.

As an extra-added bonus, check out the FULL (and very hard to find) version of this tune below.

I wrote the other day about how the work of the late Ray Harryhausen inspired me to make my own little Super 8 stop motion films with Legos. I have to say, however, that mine paled in comparison to this shot-by-shot rework of Casino Royale, the 2006 James Bond reboot with Daniel Craig.

As a sucker for well rendered stop-motion and a longtime James Bond fan, I just had to share.

Those of us who are artists have lots of aunts and uncles to thank for what we do.

I tend to claim anyone who’s had a measurable effect on my creative life that way. It provides what might be a false intimacy, but it accurately reflects the way I feel about those writers, filmmakers, musicians and visual artists who have given me some inspiration and/or motivation along the way.

The man pictured above is one of them. His name is Ray Harryhausen, and he is generally regarded as the greatest stop-motion animators to ever have his work committed to film. If you’re not into the movie (particularly fantasy and science fiction) version of inside baseball, you probably don’t recognize him or his name,  but you’ll surely recognize his work.

That’s from The Golden Voyage of Sinbad, which came out in 1973. It was one of the first movies I clearly remember seeing in a theater. And I even remember which theater, because it was one of only two in my hometown of Camden, S.C. Judging by my memory and the movie’s year of release, I was probably five years old and accompanied by, of all people, my mom (thanks, mom!)

Talk about shock and awe. I remember being stunned by the special effects, then even more stunned when, as an older kid, I learned how they were achieved – small models where moved a tiny fraction, then the movie camera shot a frame.

That process was repeated thousands of times until, when run at regular speed, the film gave the illusion of the model actually moving on its own.

Ray Harryhausen died last week at 92, and left an enduring legacy of inspiration that hundreds of other behind-the-scenes film folks should envy. Guys like George Lucas and Steven Spielberg – no slouches in the special effects movie department, cite Uncle Ray and his work as major inspirations.

And really, who couldn’t be inspired? I’m one of the gazillions of kids who even tried to reproduce Harryhausen’s work in our own small fashion. After getting a Super 8 movie camera as a Christmas gift when I was 10 or 11, I quickly went to work creating stop-motion movies of my own with Lego astronauts and cardboard backdrops painted black, hole-punched and back-lit to represent the inky void of space.

For a long time now, computer generated images (CGI) has taken the place of stop-motion animation in rendering fantastic monsters on the big screen, for better or worse. And I’m sure new generations of computer animation and effects efforts are being inspired with each new summer blockbuster or superhero spectacle.

But I can distinctly trace back to Harryhausen a couple of traits that worked for me later in life and, specifically, as a writer.

If you’ve ever actually tried to do stop-motion animation, the thing it perhaps requires most of all is patience. Creating 30 seconds of screen time can take days in the studio, so there’s really no way to rush. Rushing, in fact, would equal disaster. As a result, through my own little Lego efforts, I learned to take it slow and do it right.

There also is a certain amount of obsessive compulsive disorder that goes into being the kind of perfectionist that works in such a slow medium. I’m not sure if that was built into my psyche or developed later, but having a little OCD never hurt a newspaper copy editor, either.

With the Thanksgiving holiday and school out for a long weekend, there’s been lots of kid TV on around the house. And with all the junk that’s out there, I’ve been reminded of what gems the movies of the Toy Story trilogy are.

Such gems, in fact, that when Toy Story 2 came out, it was cited as one of the few films that represent the “golden ratio” of film – that combination of factors that make for a perfectly balanced screenplay.

Another great thing that the Toy Story movies did was free animated film – and specifically Disney-produced and distributed animation – from the bonds of musical featuring princesses and rehashed fairy tale stories. Nothing against musicals – they certainly have their place in the world, and even in genre film.

This happened once before, if you remember, in the 1950s when Walt Disney (the man) got consumed with creating his eponymous theme parks and left the studio animation division to others. It’s funny how you can tell exactly when that happens – it’s when stories based Grimm brothers tales diminish and the number of plot contingent musical numbers decline or are replaced by those that swing rather than soar.

Eventually – whether because of laziness or because of perceived saleability – the Mouse decided to go back to fairy tale musicals and began following a pretty strict formula that Pixar animator and director Andrew Stanton details in this TED video.

Pretty soon, you could recite in your sleep what each new Disney animated feature would entail – a trite retelling of a tried-and-true childhood story that would be girl-centric without abandoning the Mouse’s ever-present princess fantasy of a happy ending married to a handsome prince. For a while there, Disney just gave up.

What Pixar chose to do, Stanton explains, is to take that formula and throw it in the trash. They created original stories that, while appropriate for children almost from the moment they can understand that they’re watching a movie, are universal in their appeal and cut no corners in the level of their quality or storytelling. They were built from the ground up – no source material from the 18th century or designed to appeal to a particular demographic.

So what does this have to do with your writing in novel or short story form? It’s a great example of how you as a writer aren’t bound in any way by what people (or your genre) might expect or suggest you should create your work.

In this day of entire bookstore sections devoted exclusively to subgenres like “Teen Paranormal Romance” – also known as the “sexy teenage vampires in love” genre – it’s easy to think that the best way to have success is to write something that fits into a specific box. You can even see it in book titles, particularly among the indie e-book market, where nearly ever title seems to contain either “shades” or “grey” – or some combination thereof – to in an attempt to somehow capitalize on the success of the ubiquitous erotica phenomenon Fifity Shades of Grey and its sequels.

If all you want to do is sell some books, it’s easy to ride another’s coattails or cram yourself into a pre-existing pattern that someone else has created and others have replicated.

But keep in mind that he most renowned writers are the ones unafraid to toy existing structure or form. Some of the most popular are the ones who decide to willingly cross boundaries of style or genre to create something truly amazing.

In other words, don’t try to fit into a box for which someone else has already set the dimensions. Instead, create your own box, work within the parameters you create and don’t worry about the hot genre of the moment.